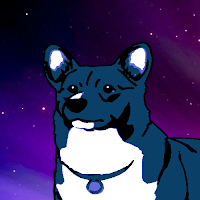 It's been a while.

I haven't updated this blogger page for 3 years now. The reason? I had lost track of what this site originally was. This site was a personal site. Not a business.

Confused? I don't blame you.
Here's the backstory. I made Richard's RandomWebsite as a little fun creative project on Khan Academy back in 2015. It was simply called "RandomWebsite" at the time. On the site I was just pumping out creative stuff that came out of my head. I had fun. A lot of fun. I then uploaded the site to 000webhost, which made me have even more fun. Wow! I can upload this site to the whole entire world! Cool! Nobody visited it except me but it was still fun knowing it was up and online. I don't remember when it was taken down, but I would estimate mid to late 2016 is when it was taken down. I forgot about it for months then resurrected it as a tech startup. That's where it went wrong.

I resurrected Richard's RandomWebsite as a place to make people put their own silly random HTML files on. It failed. That idea (looking back at it now) is horrible. If I wanted to upload HTML files to the web, I'd setup a x10hosting account and upload my own site. Why did I resurrect it with such a bad idea?

I kept wanting to make tech startups so I can be the next Mark Zuckerburg. I made a "company" called Maplefield, which made "innovations for the future" (if I remember correctly). Those "innovations" were a subcount for an unreleased alternative video site (which failed) and a video site named "doppler" (which also failed).

Why did I do this?
I wanted to be a somebody so much that I ended up burning out trying to learn so much and trying to do stuff that I didn't know how to. Trying and trying over again to make a successful product sucked the fun out of programming and HTML out of me. What was the purpose of learning how to code and continuing HTML if I only saw dollar signs? Months passed, Maplefield is history, a site called VidLii was started and I started making videos there, and soon enough, I stopped doing things that made me happy before.

Now, in 2019, I make videos for Vlare, and I'm getting back into HTML as a means of self-therapy by making as well as rewriting my old sites. I'm not doing so hot right now as of recent, and I hope this will help me get on the right track. This resurrection of Richard's RandomWebsite is going to be this and this only: a personal passion project. That is it.

Popular posts from this blog

(geck0's) RandomWebsite
One of my old websites from 2015 resurrected because yes.